Dr Aulakh joined Pathology Laboratory Associates, Inc. in 2012. He is board-certified in Anatomic and Clinical Pathology with an emphasis in GI/Liver/Hepatobiliary and Head & Neck pathology.

He went to the University of Oklahoma and received a bachelor’s degree in Zoology.

He was then accepted in an anatomic and clinical pathology program at Texas A&M University Health Science Center at Scott & White Memorial Hospital in Temple, Texas.

After completing residency in 2011, he then went to the University of Arkansas for Medical Sciences where he did a Gastrointestinal and Surgical Pathology Fellowship with an additional emphasis in Head and Neck pathology. 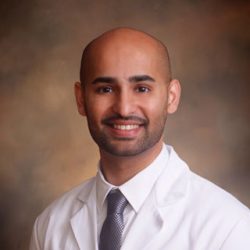