She is  currently Laboratory Director of:

After growing up in Girard, Kansas, she attended Pittsburg State University in Pittsburg, Kansas, and received a bachelor’s degree in pre-medical biology.

Her primary interest is in general surgical pathology. Dr Battaglia is currently working at the Pathology Laboratory Associates office at Via Christi Hospital Pittsburg in Pittsburg, Kansas. 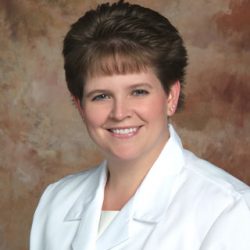