Dr Crowson has been President of Pathology Laboratory Associates since 2008 and is formerly Chief of Medical Staff at St. John Medical Center in Tulsa, OK.  Dr Crowson joined PLA. in March of 1999, coming from Winnipeg, Canada where he spent fourteen years doing combined AP and CP and directing the laboratory department at the Misericordia General Hospital and Central Medical Laboratories. He did his pre-med at Queen’s University in Kingston, Ontario and attended medical school at the University of Manitoba, graduating in 1980. He did his postgraduate training at the University of Toronto in Anatomic Pathology and Hematopathology.

Dr Crowson is Clinical Professor of Dermatology, Pathology and Surgery at the University of Oklahoma Medical School, where he was Director of Dermatopathology from 1999 until 2022.

He has over 400 publications including a book on melanoma (“The Melanocytic Proliferations” now in its second edn with Wiley Blackwell) which won the American Academy of Publishers award for excellence in the field of medical and scientific textbooks in 2001. He also co-authored 4 editions of Textbook of Dermatopathology (McGraw Hill, 2020) with Barnhill, Magro, Piepkorn, Kutzner and Desman. His other books are “Biopsy Interpretation of the Skin” (Lippincott, 2010, 2019) and “The Cutaneous Lymphoid Proliferations” (Wiley Blackwell, 2007, 2016).

He maintains active research interests in the biology of skin cancer and inflammatory dermatoses, and directed the 5-day ASCP education course entitled Dermatopathology : Contemporary Diagnostic Criteria and Strategies, on an annual basis from 2004 until 2019. He co-directed the Long Course in Dermatopathology at the US and Canadian Academy of Pathology with Bruce Smoller in 2005. His other professional interests include operational process improvement strategies and quality assurance mechanisms in the varied disciplines of Laboratory Medicine.  PLA is a recognized international leader in this area.

Dr. Crowson plays guitar in his spare time and tends a pack of pitbull rescues, all named for British prime ministers, a German Shepherd and his ancient English Mastiff, Max. 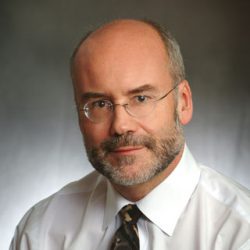